Salta, with its varied landscapes and beautiful settings, is an important international and national tourist destination. If you want to go somewhere where you can appreciate a rich history and cultural heritage, while seeing some amazing natural formations, this is the place for you. By travling to Salta with our luxury tours, you’ll not only get to see all this great stuff, but you’ll also be able to stay at a premium, top hotel and have both a productive and truly relaxing experience.

Salta is the capital city of the Salta Province, which borders six other Argentine provinces, as well as two countries (Bolivia and Chile). It is located in the northwestern region of the country, a region known for its tourist destinations and beautiful landscapes! The city itself is situated in the fertile Lerma Valley and is an important agricultural center. Known as “Salta la linda” (Salta the Beautiful), the city and its surrounding area is one of the most important travel destinations of Argentina. 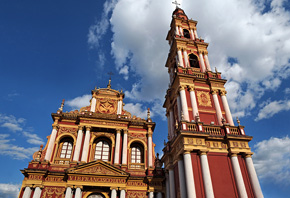 Travel in Comfort to the Beautiful City of Salta!

Indeed, there are a number of things to see in and nearby the city of Salta that include natural, cultural and historical attractions. Its home to important colonial and colonial-style architecture exemplified by the ‘Cabildo’ of Salta, which now houses a historical museum, located at the picturesque Plaza 9 de Julio, the center of the downtown of Salta. The cathedral next to this plaza is also an important building to visit, with its lavish late-Baroque architecture and impressive size! The city center is also home to a number of famous museums, including the High Mountain Archaeological Museum, the Fine Arts Museum, and the Salta Museum of Contemporary Art. 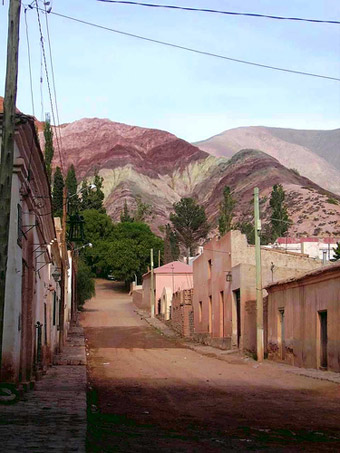 Visit Northwestern Argentina With Us!

Outside the city itself, you’ll also find a whole world of beautiful landscapes and interesting places to explore! You can take the “Train to the Clouds” which crosses canyons and cliffs. You can also visit the red-rock formations found in the Calchquie Valley, and the nearby wine-town Cafayate. Salta is additionally home to three national parks, and is very close to the province of Jujuy, also known for its natural tourism attractions. Jujuy is perhaps best known for the “Quebrada de Humahuaca,” canyon, which was declared a UNESCO Natural World Heritage Site for its rich cultural elements. The whole Northwestern Region in general is known for its rich cultural heritage, which draws from indigenous and Spanish colonial traditions. The region is an important center for the production of traditional items and crafts and for its folkloric music.

If Salta sounds like a place you’d enjoy visiting, and you want to travel there with the comfort of a premium hotel and the expertise of our professional, English-speaking tour guides, you should book a luxury tour with us today! Don’t miss this chance to travel in luxury, comfort, and style – contact us for a reservation!